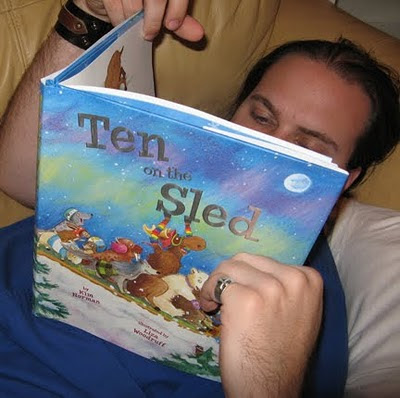 Ten on the Sled IN THE HOUSE! Received my first advance copy today. Gorgeous, colorful illustrations by Liza Woodruff; cool, silver foil-stamped title on the cover. Granted, Collin reading here is a little old for the book, dedicated to him and his brother Skylar. Hey, I wrote it as quickly as I could! And Sterling Publishing produced it fast, too. Great people there at Sterling.

It'll be in stores nationwide in October, just in time for the winter holidays! 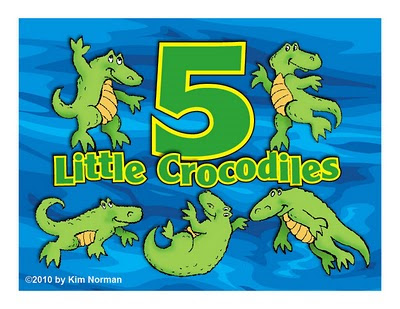 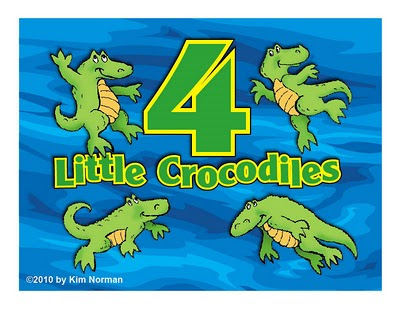 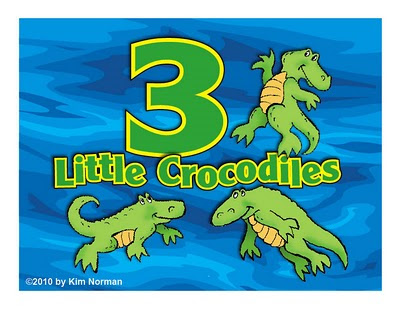 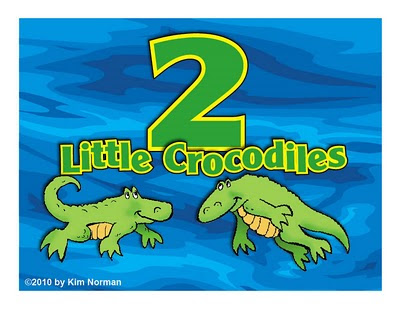 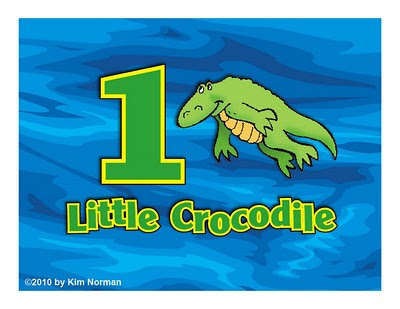 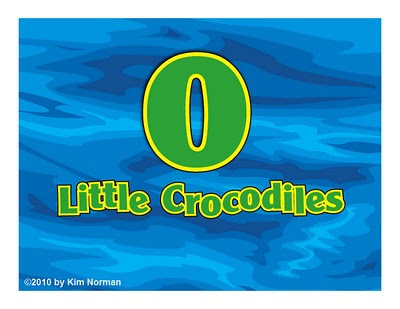 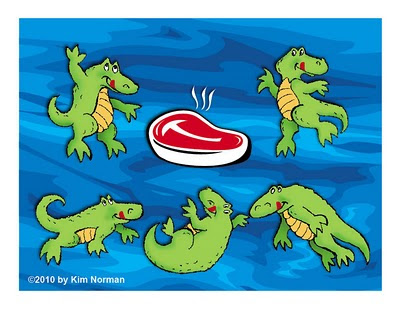 Here's a PowerPoint presentation I created for my "5 Little Crocodiles" (Based on "Five Little Monkeys," obviously.) I tried to go the lazy route, using clipart, but there was no way I was going to find clipart for 5 different crocodiles in matching styles. If there's anything I hate, as a graphic artist, it's a flier that has been thrown together using a dozen pieces of clipart that look like they were drawn by a dozen different artists. (Right up there with my peeve about using too many typefaces or using a fancy font in illegible caps.)

So I went ahead and drew 5 little crocs. My drawing skills are pretty rusty, but it was fun. Super high tech: did the drawings on white printer paper. Scanned into Photoshop for coloring.

The basic rhyme is:

Once we get to zero, the last line switches to, "Feed those crocs some nice hot steak!" (which explains the last graphic.)

Anyhow, it was fun to do. Hope the kids like it. I'm going to have to ask someone else to man the projector, since I do hand motions with the kids.

My sister-in-law Nelle helped me write one in Spanish for the Cuban families to whom I'll be presenting later this week. We switched lake to river, since so many Spanish words rhyme nicely with "rio." At the end, they're eating ice cream (helado frio. Nell was brilliant to come up with that!) I'll probably trip over my tongue, fitting in all those quick syllables, but I think it will be fun. 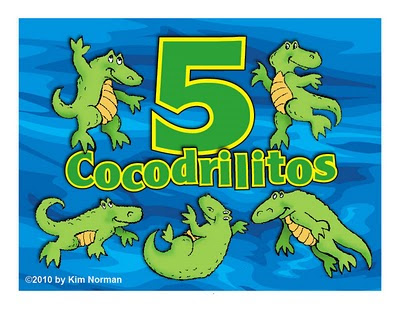 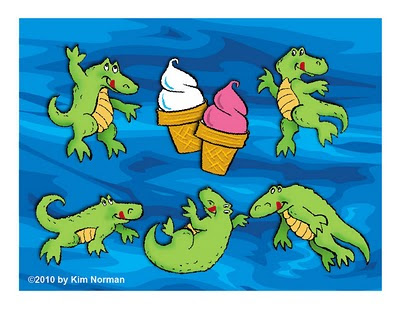 Kim Norman
Posted by Kim Bookwriter at 10:24 AM 4 comments: 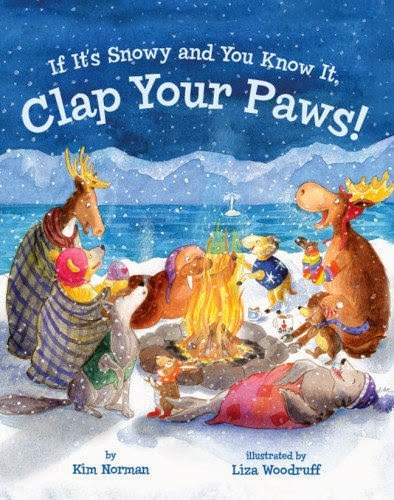 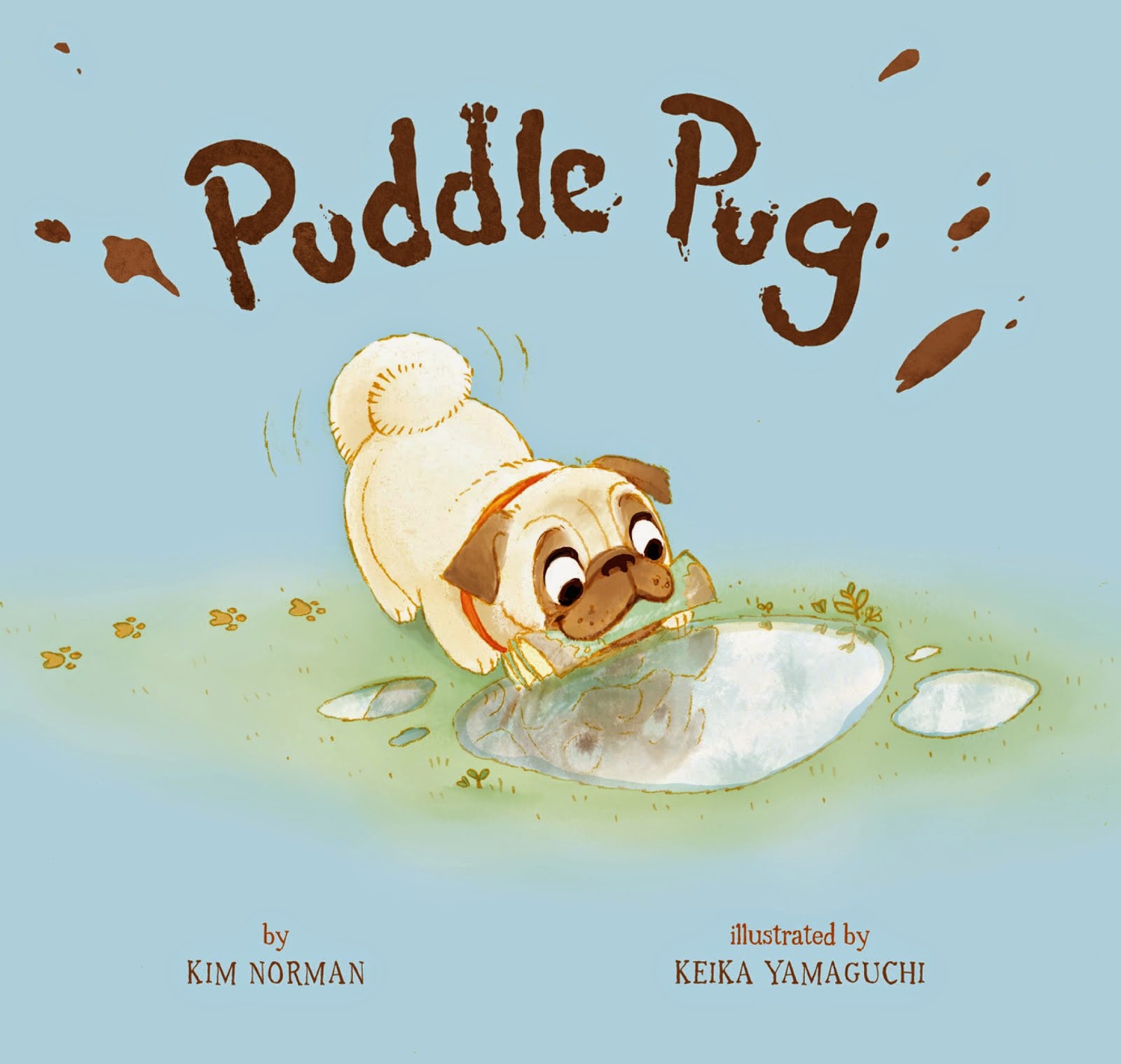